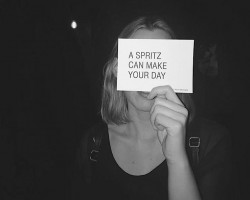 END_OF_DOCUMENT_TOKEN_TO_BE_REPLACED

Change Was Our Only Chance 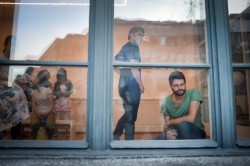 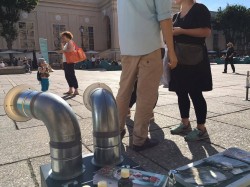 With „In Prater the trees are blossoming again “ Paul Divjak is focusing on the diversity of urban smell and the manipulation of our olfactory surroundings. Setting up temporary smellscapes (olfactory interventions) the artist is transferring odours of famous Vienna Prater (the Emperor´s former hunting grounds) into the very city center, and in front of several museums. The aroma of musty earth, woods, lime blossoms and lilac is to be experienced at urban locations, which usually are defined by the lack of any green.The audience is such invited into the realm of the sense of smell and to reflect everyday perceptions.
END_OF_DOCUMENT_TOKEN_TO_BE_REPLACED

Smellscape / scent installation, 2015
Garden of the Jewish Museum, Hohenems
(In cooperation with the On-Site Art Festival)

With his smellscape Paul Divjak is stepping into an olfactory dialogue with the current exhibition at the Jewish Museum: „A Streetcar Named Desired“, which takes the visitors on a reflective journey through Jerusalem by following the route of tram number 1, crossing and connecting the various „Jerusalems“.
In „L´année dernière à Jersualem“ the artist is describing a stroll through the city of Jerusalem. Subjective memories concerning the sense of smell enfold a assiciative and symbolic bouquet of the Holy city, center of three religions. Such evoking the aura of the very place of different cultures.
END_OF_DOCUMENT_TOKEN_TO_BE_REPLACED